You’re about to find out exactly what they tell their granny they do for work.

Samantha: “For a long time (over a year) I didn’t have sex off cameras, so for me to do it I really need to feel something for someone that entices and excites me. I want intimacy and closeness. If I just want an orgasm I can make that happen at work. It has only been very recently that I have been open to having sex off camera again.

Justin: “I need to be particularly careful not to over expose myself to pornographic content. Naturally we view quite a lot of explicit material, and I don’t ever want it to interfere with my personal life.”

Do you have to come for real? Has your come face ever been “prettied up”?

Tanya: “I know what I like and what turns me on, so I can direct my partner to pleasure me. Sometimes it’s hard not to screw your face up when you’re coming and you have to remember the camera is there capturing it all. Some directors will ask you to come on demand, that can sometimes be tricky, but you just have to put yourself in the moment and let go.”

Justin: “Good question. I refer to this as the ‘monkey face’. I think one of the most amazing things porn stars do is specifically to have an orgasm. Whether real or fake (but especially if real) I think a performer is at their most vulnerable when climaxing and I don’t think it’s right to interfere with that. Fortunately we have never had such a terribly off-putting ‘come face’ that we’ve had to ask the model if we can re-shoot it. This is one of the reasons I would never go in front of the camera as I have a sneaky feeling I would be the one to buck that trend (ooh ooh).”

Samantha: “My face is never pretty, I constantly look like I’m crying. I like my movies to be real so all my orgasms are real and any reactions I have are real. I cannot stand girls that moan the entire way through their scenes, even when they aren’t being touched. I know I look ridiculous when I have sex so I don’t try and pretty it up, that’s my face, don’t like it? Don’t watch it…”

How often do female actors wax? Doesn’t it get irritated?

“It’s so much more comfortable; shaving/waxing would leave me with stubble and friction burn and little red bumps. Ladies [and people with vaginas], love your downstairs and let it grow, if someone can’t appreciate that adults have hair down there, they do not deserve to be near you in the first place.

“Obviously, doing this job means maintaining my appearance at all times, but I see girls shaving every day, waxing, lasering, having their butt holes bleached, spending hours on a sun bed.”

Tanya: “I was lucky in that I decided to have laser hair removal before I started in the industry, so it’s never been an issue with me. I still use hair removing cream or a razor to get rid of the small amount of fuzz immediately before a scene. Once I had to grow my pubic hair for a scene where I played Ilythia in Spartacus MMXII. After several weeks there was hardly anything there, so the makeup artist had to give me a false pubic wig, or a merkin.”

Do you have to make pre-sex small talk on set?

Samantha: “There can be the incredibly awkward small talk, if you are working with someone for the first time. You get on set and you awkwardly hug and mumble ‘nice to meet you… we’re having sex today’ but on average there is no awkwardness.”

How do penis-having members of the crew avoid getting a boner throughout filming?

Justin: “We actively employ crew members we feel won’t create an ‘atmosphere’ (e.g. like being visibly excited on set). Our crews are professionals, there to do a job and they make the film look as good as possible. At the end of the day, despite what you might think, I think their minds are more on production values than the two gorgeous naked bodies writhing around in front of them. It’s worth adding after every shoot we always strip off and have group sex. Just kidding.”

Have you ever had a co-star who has really grossed you out?

Tanya: “Okay, I am going to confess… Yes, I have worked with some performers whose personal hygiene was a bit poor. I have seen fluffy belly buttons on girls, scabby feet so bad they had to keep their shoes on, and private regions not cleaned properly.

“Sometimes I can get away with avoiding the area. But, when it comes to an unclean vagina, I’ve stopped a scene in the middle of filming and told them to go clean themselves again, including wiping their bum. If the director wants a good scene from me, I need to be able to enjoy exploring my partner all over.”

Samantha: “Of course! I once worked with a girl with hygiene that was so bad I wasn’t sure if I was going to be able to finish the scene. There was also an incredibly attractive guy that I had been looking forward to working with who sweated profusely and insisted on licking me all over like a dog and consistently slapped me round the face for 40 minutes.

“Now I have a ‘YES list’, which means I will only work with you if you are on my approved list of performers. It’s quite long and people do get added and subtracted from it, but I’m getting pickier as my career goes on. The list is definitely shrinking.”

Have you ever known anyone to meet a love interest through work, Love Actually style?

Samantha: “Yes, a lot of people in the industry date and even get married. If you think about it, we’re all meeting, hanging out, spending time together, then having sex… it would be strange if couples weren’t formed on set! I dated a co-worker for a short period of time. It is hard, because we are all constantly having sex with each other’s friends and foes.

Tanya: “I’ve never seen Love Actually, I’m just not keen on Hugh Grant as an actor. People do meet through work, but I’ve never seen a big proposal happen on set though.”

What’s the weirdest set you’ve ever worked on?

Samantha: “When I first started in the industry, I was shooting in Budapest for a medical fetish company in a bizarre warehouse. One of the rooms was done up like a hospital suite and the aim of the shoot was that I was filmed pretending to have a heart attack and then the medics revived me. Nothing sexual at all… but these movies are sold as sexual stimulation. To this day, that is the strangest experience I have ever had in this industry… needless to say I declined their offer to shoot me again…”

Justin: “Our storylines and themes are normally based on everyday characters and experiences so we don’t tend to find ourselves in especially weird predicaments. Our movies are very vanilla (non-kinky sex), which suits us perfectly. That said, occasionally on set the sound recorder will request we re-create post-coitus sex sounds (oohs & ahs). Rerecording sex sounds with the actors just standing around (and probably texting) is always quite entertaining.”

How many people are involved in the making of an average film?

“While our production crew is quite large (for the industry), when it comes to shoot the sex we boil it down to a skeleton crew of four (director/camera 1, camera 2, sound and production manager) to give the actors more intimacy.”

Tanya: “A niche market that is currently becoming more popular is Mother/Daughter sex roleplay. I enjoy working with hot young girls. For me it is fun; it’s just roleplaying. For others, this is just something people are not comfortable with, including other talent who are not happy being cast in this type of movie.”

Do any of the stars have surprising secret lives i.e. they’re doctors/lawyers in real life?

Justin: “Frequently. A lot of the performers we work with are extremely bright individuals who have worked in a variety of fields including law, marketing and even mainstream sport. I’m not giving names, though.”

What profession would you put on your passport (if you still had to)?

Samantha: “I would probably put entertainer or model….. I’m not shy nor am I ashamed however, if someone asks what I do I say it straight up. Doing this job has given me a complete lack of a censor though, I forget that it’s not normal to talk about gang bangs in nice restaurants…”

Tanya: “I own a publicity company so I put publicist. Prior to being in adult, I worked in an office so I put office worker. I do note part of my income as is from being an actress on my tax return, but I’m not specific with my genre of acting.”

Does your granny/other members of your family know what you do, and what do they think about it?

“My other family I didn’t really tell, but I didn’t hide it either. But, eventually they got to find out. I had a cousin who found out through a watching a DVD. It must have been a shock when I turned up on the screen with Rocco Siefreddi.”

What’s the most diva-demand you’ve ever had from an adult actor? 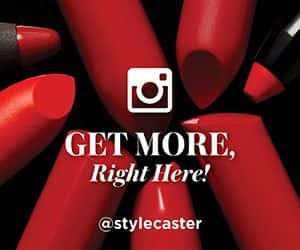 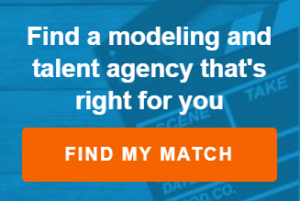